In the spirit of our holiday ( if you can call one week a holiday ), we set out to find a cute restaurant in a city we’ve been staying in for almost five years!! I found it funny that we had never seen this restaurant even though we’ve been to the city centre countless of times!

Amira was watching a vlog ( yes the same Amira in This post and this one too) and she saw it so we decided to go eat lunch there.

Transportation was not a problem as usual because it’s a school bus route so we just hopped on the bus and got out at the city centre bus stop.

The first thing I noticed about the restaurant( in the vlog and in the pictures I found online )were the colourful umbrellas but I think they are only there during summer for obvious reasons because it’s winter at the moment and the umbrellas were not there. 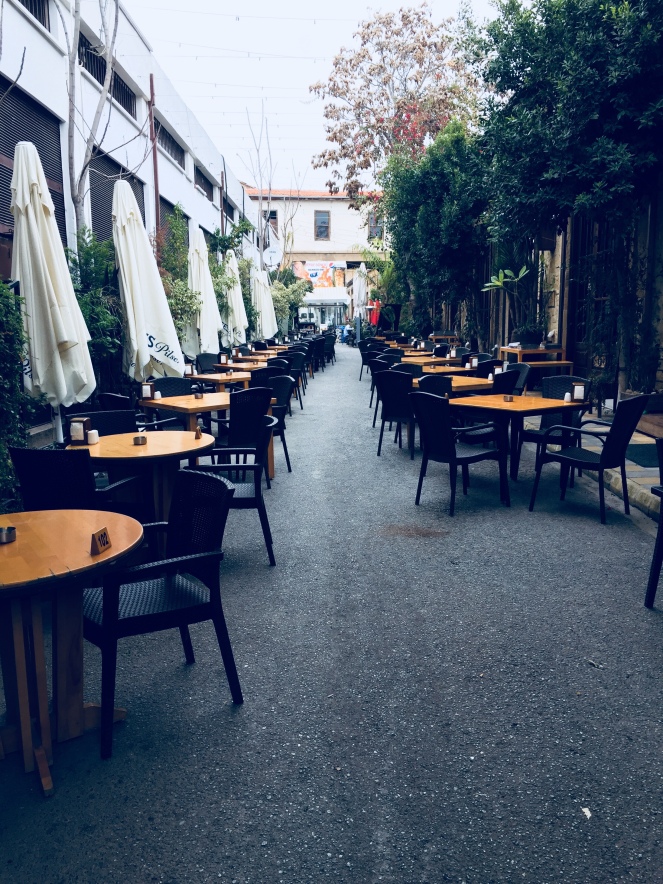 The interior was amazing! I read somewhere that it used to be a library before it was converted to a cafe- restaurant- bar and it was actually obviously because there were still books there( we found the Turkish version of ‘Twilight’ ! ) The only problem I had was that the place was too big! I found myself thinking about how stressful it must be to clean, definitely can’t be easy. 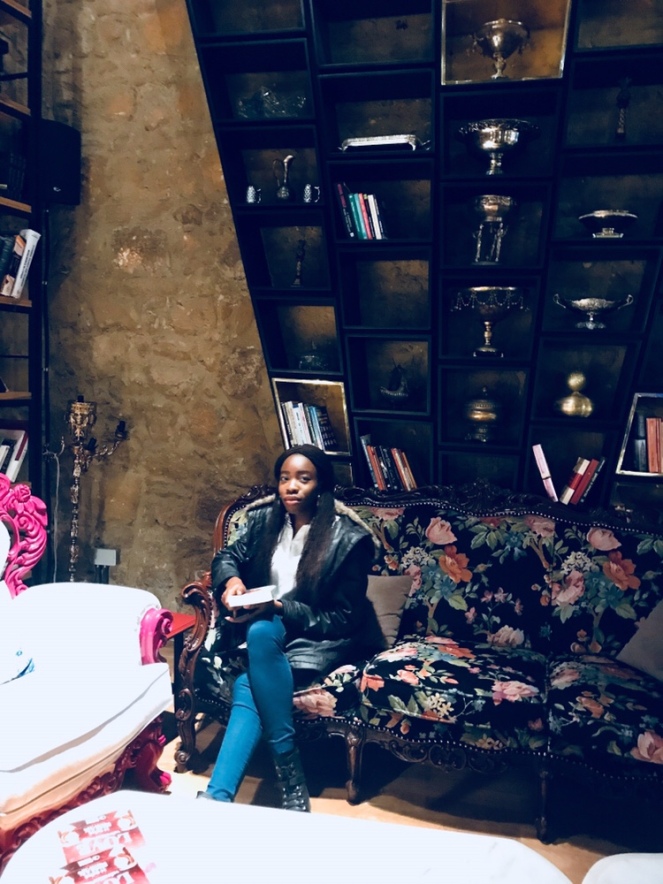 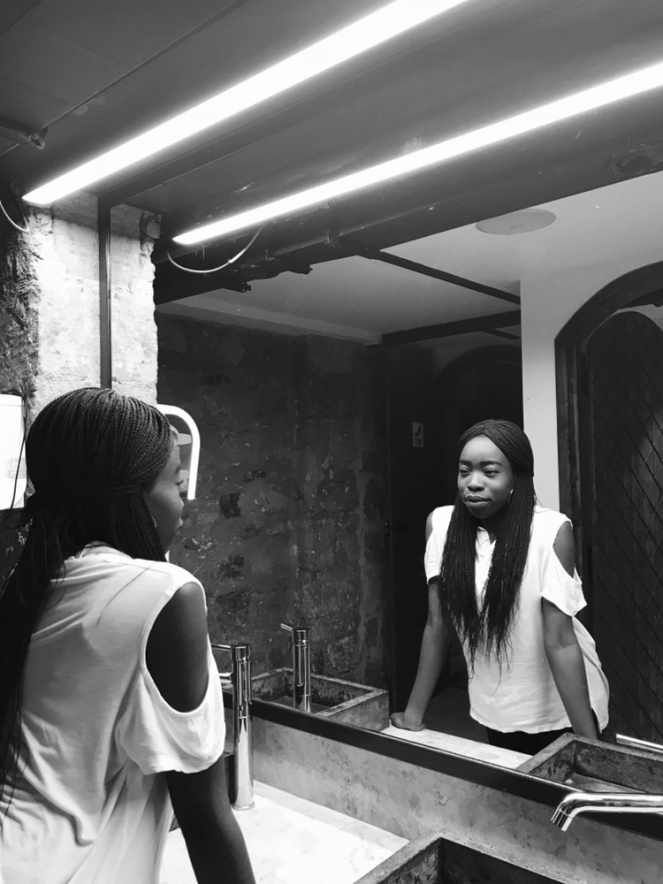 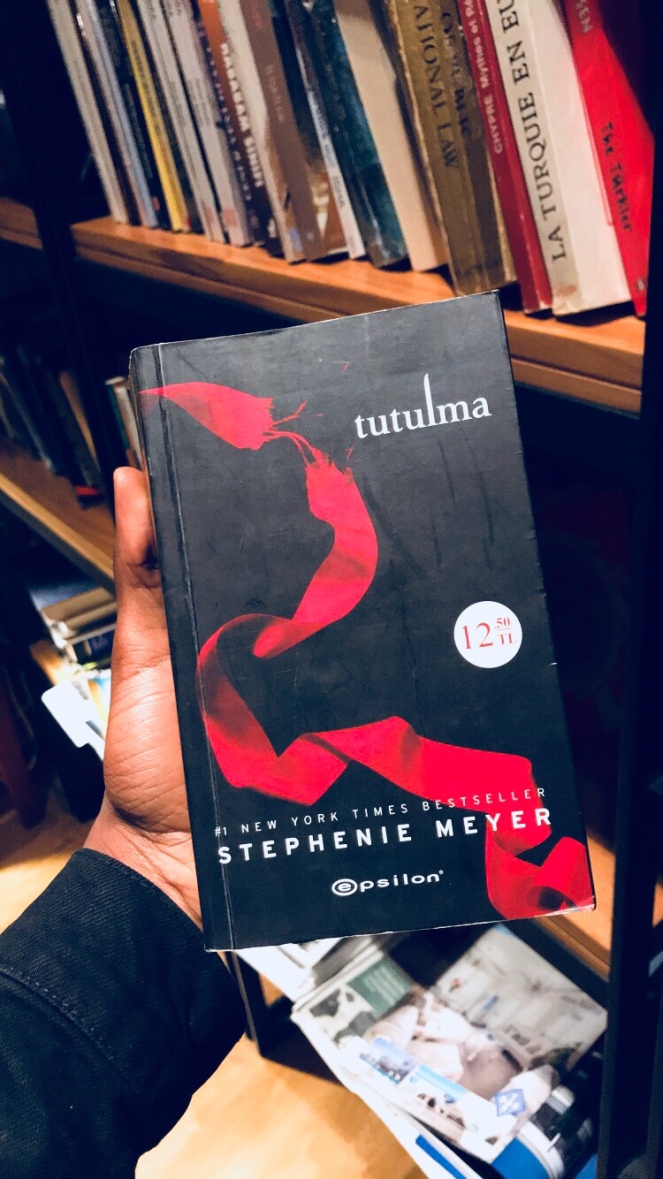 We went there to eat so i was excited to see the menu. It was pretty standard, nothing special. 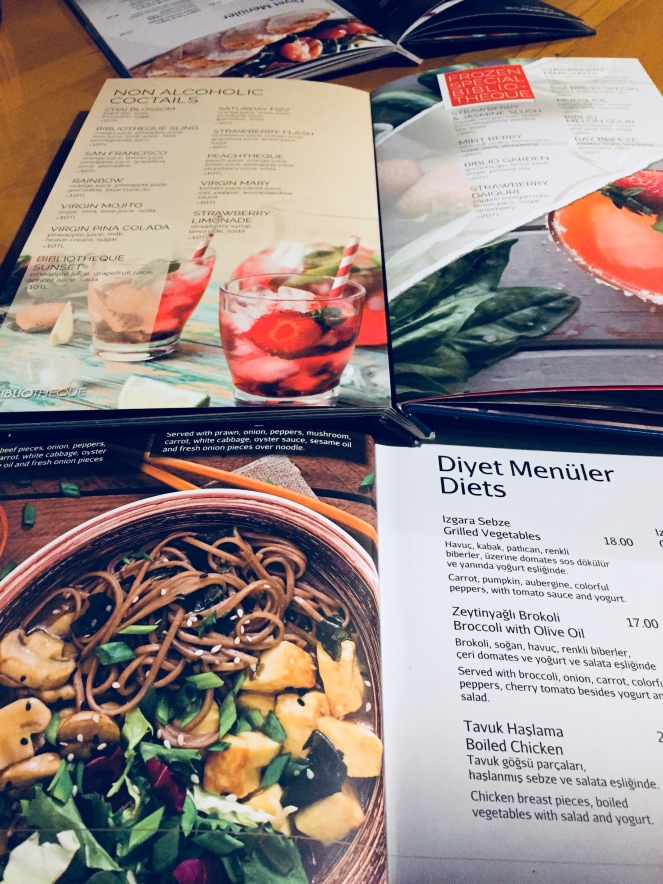 I ended up ordering a plate of spaghetti and I also ordered a San Francisco Mojito ( can someone please explain to me why the ‘j’ in mojito os not pronounced? ). The spaghetti was pretty good but a little too salty for me. The drink on the other hand tasted as amazing as it’s name ( I mean, I expected nothing less from a drink with a fancy name ). Everything cost less than 50TL ( 5,000) so it’s fair on the pocket.

The service was great. The waiter let us pick where we wanted to sit and attended to us as soon as possible. The food took a while but it was worth it so I definitely recommended the restaurant! ( that’s if you ever find yourself in Northern Cyprus lol )

You can also find me on:

I HAD A GOOD WEEK

A DAY AT THE HARBOR